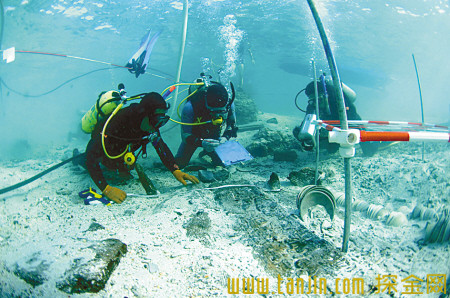 According to Guo Weimin, Director of the Institute of Cultural Relics and Archaeology of Hunan Province, in 2014, the ancestral site in Luhong, Dongan, excavated a burial site in the Eastern Jin Dynasty, and unearthed bricks, celadon, gong, paperweight and other related artifacts. In addition, Pingjiang, Blue Mountain and other places also excavated the tombs of this period. The excavation of these tombs not only supplemented the archaeological data of Hunan during the Six Dynasties period, but also provided materials for the establishment of a more complete archaeological chronology, and also provided important archaeological evidence for understanding the culture and society in that particular period.

In addition, the ancient city wall discovered by the Changsha Youth Palace is a true record of the surviving superimpositions and changes of several dynasties. It has added new materials for the study of urban archaeology and urban history in Changsha; a series of bamboo slips have been found in the three wells in the urban area of â€‹â€‹Xiangxiang. Judgment of the official documents of the State of Chu provides important information for understanding the administrative setting of the State of Chu in Hunan and related socio-economic and historical geography. The excavation of bronze weapons in the Tombs of the East Han Dynasty in the Qilutong Zipo is a true reflection of the disputes between the Bing and Ge...