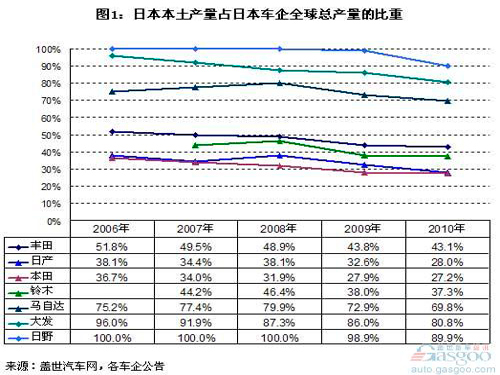 Japanâ€™s largest car maker, Toyota (excluding Daihatsu and Hino), produced more than half of the cars produced in 2006 in Japan. By 2007, Japanâ€™s domestic production accounted for 49.5% of its global output. After that, its proportion continued to decline year by year, accounting for only 43.1% in 2010.