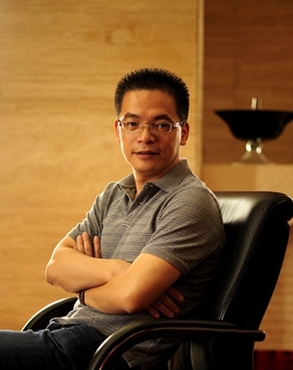 Concentrating Technology (Hangzhou) Co., Ltd. (hereinafter referred to as "Conglomerate"), the largest company in the Chinese instrument industry, and the first batch of companies listed in the Chinese instrument industry on the GEM. Concentrator has been shrouded in countless halos for a long time. The companyâ€™s strategic concepts such as differentiation and fleet groups have also won recognition from industry experts and industry players. However, in recent days, the rumor that the company's high-level departures and slowing performance have pushed the spotlight to the cusp. For this reason, Instrument Information Network interviewed Yao Naxin, CEO of Concentration Technology (Hangzhou) Co., Ltd., and conducted in-depth discussions on rumors, performance, and development issues.

The rumors were false and Yao Naxin first said, â€œAs for the rumors of high-level corporate mobility, I can responsibly say that the heads of the companyâ€™s business divisions are very stable. Of course, as a large company with 1,800 employees, the normal flow of personnel is also not acceptable. avoid."

However, for the appearance of various rumors, Yao Naxin believes that it is not without reason. â€œAs a river, when the water flow is very fast, the sand, mud, and all the debris in the river flow with the water flow, and when the flow speed changes, Slowly, sand and soil sank, and debris was also drifting on the water. This was also true for the company's operations. After the listing of the company, the middle level of the company had a relaxed tone, coupled with the rapid expansion of the company's scale, and the recent two years The poor economic situation has led to a slowdown in the companyâ€™s performance, and some problems have also been highlighted. The original company was small in size, with a good economic situation and rapid growth. Many problems were covered by performance.â€

â€œAs far as this year is concerned, the challenge is indeed greater than in previous years. The major projects that are focused on this year are all in the second half of the year and it is expected that there will be a relatively large increase in revenue in the fourth quarter. After years of development, the Flue Gas Monitoring System (CEMS) The market capacity is close to saturation, and growth has also slowed down. The winter of the steel industry has also affected the concentration industry process analysis business. The growth of this business is also lower than our expectations."

Faced with the problems brought about by the slowdown in growth, â€œConcentration management has long expected to work hard to improve internal strength and make up for shortcomings when the economic situation is not good. For example, although our environmental engineering after-sales service team has more than 380 people However, with the increase in installed capacity, the team has been unable to meet the current user service needs, and we have expanded this team size again this year; while the R&D team, due to the increase in spotlight mergers and acquisitions, the research and development capabilities of its subsidiaries are increasing. The R&D team has not continued to expand."

Accelerating the expansion However, with rumors, we have seen an accelerated expansion of the spotlight. It is reported that despite the slowdown in economic growth in China and the intensification of competition challenges, the amount of concentrating contracts in 2012 will be expected to exceed one billion yuan, becoming the first company in the domestic instrument industry to have a contract value of more than one billion yuan. Steps. Behind the "billion yuan" is the concentrated layout of the past two years.

In 2011, Concentration completed its largest acquisition in the history of its development - the acquisition of Beijing Jitian at a base price of RMB 195 million, which has accelerated the pace of expansion of the condenser market in the laboratory. Today, the income of the concentrating laboratory business exceeds 3%. 100 million yuan. However, Yao Naxin said, â€œThe field of laboratories is very strong. Now we are rushing to the market with more tactics of guerrilla warfare. Select one or two products to tear open a mouth so that our technology, products and personnel can have a chance. It will take time for the growth of the laboratory business to be as powerful as the environmental business."

In 2012, Convergence first extended its acquisition of â€œtentaclesâ€ abroad and acquired a 75% stake in Synspec in the Netherlands, further consolidating the position of Concentration in the field of environmental monitoring. This is the first time that Conglomerate makes overseas acquisitions. Yao Naxin is quite satisfied with the acquisition. "This acquisition will not have much impact on the condensed financial statements, but it is of strategic significance. If Synspec falls under the banner of Thermo Fisher, China's atmospheric monitoring market will be used by the company. Flying monopoly." Synspec in the Netherlands is a leading supplier of on-line VOCs (volatile organics) monitoring equipment and has been collaborating with it for many years. "In view of the recognition of the concentrating business philosophy and our commitment, Synspec will remain in its original state after the merger and acquisition, and will continue to make it bigger. Eventually the two parties reached an equity merger and acquisition agreement."

"There are many benefits to concentrating. First, Synspec's global sales network is exactly what the spotlight needs to be for the world. The Netherlands Synspec will serve as a concentrating overseas base and window for international business. Second, the technology will also There is cooperation, such as Synspec GC technology is very strong, can be used in conjunction with concentrating mass spectrometry products, etc. In short, this equity acquisition is a win-win for both parties."

Also in 2012, Concentrated and domestic leaders in the development of environmental monitoring instruments, the Anhui Institute of Optics and Mechanics of the Chinese Academy of Sciences established a joint venture company, Wuxi Zhongke Optoelectronics Technology Co., Ltd., which is based on the technology of the Anguang Institute of Chinese Academy of Sciences, and the concentrating technology As well as its industrialization capabilities, it has launched a comprehensive portfolio of environmental air quality monitoring equipment to form a future-oriented air monitoring industry solution.

The income of over one billion yuan is not the ultimate goal of the spotlight, and there is a greater "ambition" in the spotlight. Yao Naxin said that the goal of "convergence" in the 12th Five-Year Plan is to achieve an annual income of 3 billion yuan, if only through It is absolutely impossible for organic growth to achieve the growth goal of spotlight, so cross-field, mergers and acquisitions, equity investment and other capital operations are the inevitable choices for spotlight development. Spotlight is to be China's 'Danah', but also in the Chinese instrument industry. Only the spotlight has the gene to become a Danaher."

Recalling the ten years of concentrating on the development process, from the initial analysis of the industrial process to the expansion of the field of environmental monitoring, it is now expanding into the field of laboratory instruments, and is trying to advance into the field of third-party testing. The field of medical diagnostics is also focused on spotlight. Object. It is not difficult to find that in the expansion of the field, the spotlight is indeed practicing the operation of capital. In the ten years since its founding, Congguang has successively acquired Beijing Yingxian, Beijing Ying'an, Beijing Movidity, Hangzhou Dadi Anke and Beijing Jitian five companies in the country, and acquired 75% equity interest in the Dutch Synspec, and cooperated with Anhui Institute of Optics and Mechanics, Chinese Academy of Sciences. A joint venture company was established.

Yao Naxin said, â€œConcentration has a strong sales and service network in China. We currently lack more product categories. Today, the global economic situation is sluggish. The timing and opportunities for mergers and acquisitions are good. We hope to acquire brands and technologies in the field of foreign instrumentation. Companies that donâ€™t grow or even decline in growth can use the companyâ€™s sales network in the country to achieve high growth in China, or acquire a business unit of a foreign company, and of course, we also have excellent companies in the domestic instrument industry. I am very interested and have been looking for the right targets for acquisition. However, I suffer from the fact that domestic companies have higher expectations for the purchase price and can only negotiate very little.â€

At the end of the interview, Yao Naxin stated that â€œthe goal of gathering more ambitious goals is to build a sky that belongs to the Chinese instrument industry on the world stage. It is difficult to achieve this by focusing on our own strength. We need more Chinese instrument companies to participate. Among them, fight side by side."

For ten years, the rapid growth of spotlight has become the first company in the Chinese instrument industry to earn more than one billion yuan. The reason, as Yao Naxin said, â€œis caused by genes.â€ Since its inception, Congguang has brought with it special â€œgenesâ€ that are not available to domestic companies: Both founders have studied overseas, a profound technology and a profound management; and domestic companies are not good at capital operations. In the hands of the spotlight, it has been used with ease. It was founded by angel capital investment, listed financing, gambling acquisitions, equity investments, etc. In addition, the vision of internationalization and the ambitions of those who have committed themselves...

When it comes to why many excellent instrument manufacturers in China have reached a certain scale, there is a bottleneck for further development. Yao Naxin believes that â€œdomestic companiesâ€™ path dependenceâ€ is serious and they are accustomed to existing models and practices, and it is difficult to completely jump out of the box. And to a certain extent, enterprises need to break through the 'path dependence' to achieve greater development.â€ Of course, we also saw that today's spotlight is achieved by constantly breaking through the 'path dependence'.

Interview Editor: Yang Juan Appendix 1: Yao Na New Personal Profile Yao Naxin, born in September 1970, Zhejiang Cixi. In 1988, he obtained a bachelor's degree in biology from Peking University. In 1998, he received a master's degree in molecular biology from the University of California, Berkeley. In July 2003, he received a master's degree in business administration from Stanford University Business School, Sloan Scholar. Member of the â€œThousand Talents Programâ€ selected by the Central Organization Department and the countryâ€™s special experts.

In 2002, Yao Naxin and his partner established Concentrating Technology (Hangzhou) Co., Ltd. in Hangzhou. Under Yao Na's new leadership, Concentration Technology has developed rapidly in a short period of ten years. The company's scale, R&D strength and market share have ranked first in the domestic industry, and have become the leading enterprises in China's analytical instrument industry and environmental monitoring instrument industry. The company successfully listed on the A-share market in April 2011.