Many people often turn off their cars when they get a driver's license, but they don't turn off when they learn to drive a car. In addition to being unfamiliar, it is actually because the coaches are faster than ordinary cars. The purpose is to make it easier for beginners to start and reduce the number of flameouts in learning.

After such an adjustment, the idle speed is not easy to turn off when trainees train and test. It is a good thing for the examination and effectively improves the pass rate. However, it is also very easy to become a street killer in the future.

For beginners, it is a difficult problem to overcome the frequent start of flameout and to achieve a quick and smooth start. However, when you are driving a car in a driving school, you will not be able to turn off when loose at the beginning. This is why?

The original train coaches had to be adjusted longer than the private cars, which added a lot of virtual space. Even if the clutch is released at a faster speed, the separation process of the clutch car becomes relatively slow due to the presence of a virtual position, which greatly reduces the problem of start-off. However, it is not advisable to make such changes on private cars. It will be difficult to shift gears after longer clutch strokes and there will be no improvement in the driving level. 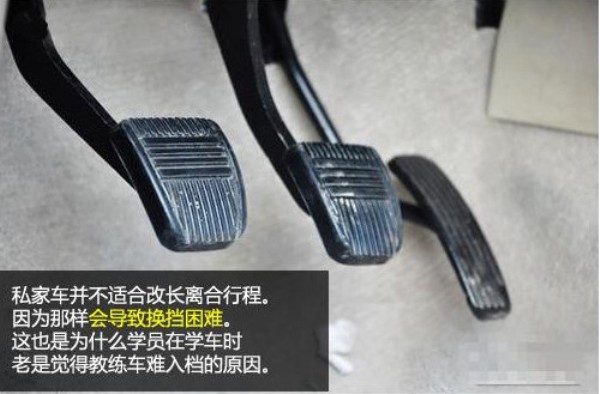 In order to prevent new students from accidentally stepping on the accelerator and driving accidents, driving schools will find ways to allow everyone to step on the gas pedal without stepping on it. The most common method is to use a small part under the throttle to hold the accelerator pedal so that the student cannot step on it. At the same time, because of the increased idle speed, you can complete the operation in the first gear by simply releasing the clutch without stepping on the throttle during the library-moving operation. 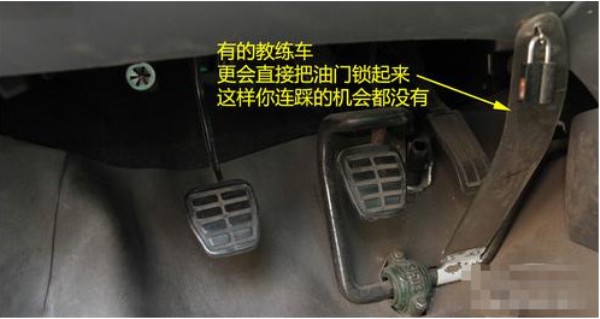 To sum up: The coach has done so many changes in order to facilitate the safety and efficiency of trainees to practice their cars, but while improving the passing rate of driving tests, it also improves the benefits of driving schools. However, this streamlined training also makes it more likely that novices will become street killers. Therefore, to remind all newcomers, do not feel very skilled driving school, and open their own cars blind confidence. Even if they are all private cars, different models have different performance and control. For beginners, it is advisable to drive slowly and familiarly with the characteristics of the vehicle when you are officially on the road. Never drive a private car into a coach.