With the continuous expansion of the economic forest area in Lingwu City and the continuous increase in the economic efficiency of orchards, the development of economic forests in Lingwu City has been rapid in recent years. The planting area has reached 16,000/sqm. There are apples, pears, dates, and plums in the main planting trees. With the expansion of the orchard area, new pests and diseases will continue to occur. If more chemical pesticides are used, the quality and sales of fruit will be directly affected, which will affect the income of farmers. To promote the development of Linwu City's economic forest industry, the city's economic forest species, the occurrence period, the occurrence and the distribution range of the economic forest were well-understood, and the forecasting and forecasting of harmful organisms in the orchard industry was improved, and the accuracy of the forecast and reporting of economic forest pests was improved. Lingwu City Forest Quarantine in 2008 The station introduced a pest report lamp.
1. Application of report lamp The insect report lamp is a new type of forecast tool developed by Zhejiang Top Instrument Co., Ltd. Since 2002, it has been popularized and applied at the national regional pest monitoring station, and was first applied in Lingwu City in 2008. The Lingwu City quarantine inspection station is equipped with a pest monitoring report lamp 1 at Beishawo Forest Farm. The monitoring area of â€‹â€‹the orchard is 670 square meters. The types of fruit trees monitored include apples, pears, plums and dates. The turn-on time of the report lamp is 2008.4.1-2008.9-30, 2009.4.1-2009.9.30.
The report lamp is guarded by special personnel. Problems are solved in a timely manner to ensure the normal operation of the report lamp. The survey time was 1 species and number of traps per statistic. According to the trapped pests, the classification and counting are carried out in time to grasp the types of pests in the orchard, the initial period of occurrence, and the occurrence period, and the occurrence trend is predicted based on the climatic conditions.
2. Data collection The number and type of insects trapped by the insect report lights are particularly large. In 2008, a total of 46,790 types of adult insects were detected, including 7 orders, 27 families, and 252 species. The main pests are Lepidoptera, Coleoptera, Orthoptera, Hemiptera, Hymenoptera, Neuroptera, and Diptera. Among them, the trapping effect on Lepidoptera noctuidae is very significant, followed by Coleoptera.
3, application of test results
3.1 Accuracy of forecasting The insects can be used to detect the status of the moths, so that it is possible to grasp the initial stages of adult emergence, fecundity, and annual generation of certain pests, and to accurately predict the occurrence of pests in a timely manner, and to suppress the harm of explosive insects. For example, in the orchard survey, small ground tigers had a feathering beginning period of 6.1, a feathering period of 6.5-6.20, and a moth peak sunrise of 6.11. According to the number of trapping insects, it was estimated that the orchard land tigers were light, which was in line with the actual situation. The accuracy of forecasting.
3.2 Control effect According to the trapping effect of the insect report lamp in 2008 and 2009, the effect of trapping and killing was obvious, and the density of insect population was significantly reduced. The total number of traps decreased from 46,790 in 2008 to 19,071 in 2009. In terms of major pests, the effects of trapping and killing were all above 70% except for earthworms, which achieved the expected control effect.
The summary pest report lamp adopts far-infrared pest treatment, automatic drying, and the insect body is not easy to destroy. It can provide protection for accurate identification of insect species and preparation of specimens, and is safer than conventional poisonous insects such as poison bottles and dichlorvos. , It will not cause environmental pollution, and it is not necessary to turn on and off the light every day. According to the work schedule, each insect can be taken one at a time to reduce the labor intensity of the measuring and reporting personnel. Based on this, the insect report light can replace the ordinary black light as the basic tool for pest prediction and forecasting. Through the application of pest forecast lamp, an average of 1,000 insect pests can be hunted and killed each day to reduce the amount of eggs laid by adults, thereby reducing the number of insect pests, eventually reducing the number of chemical pesticides used, reducing pesticide pollution, improving the ecological environment, ecological benefits, and society. The benefits are obvious and worth promoting. 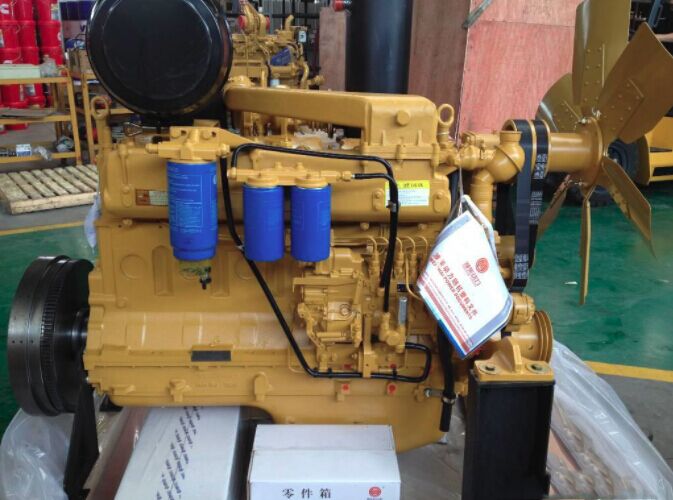 3. We can supplied New Weichai diesel egines , also can provide Reproducting weichai diesel engine and OEM engine spare parts ,If you need any support, Do not hesitate to contact us , we will service to you around 24 hours .