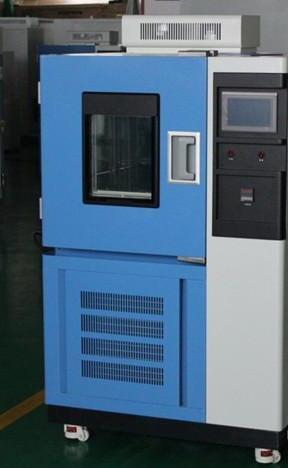 With the advent of the 21st century, the multipolarization of the world's pattern and the globalization of the economy have led to the introduction of the environmental test box industry into China's large market. Due to a wide range of applications, environmental test chamber equipment has gained a lot of room for development. However, many companies are blindly following the trend. Compared with imported equipment, there is a big gap between the two. China needs to increase its own research and development capabilities and shorten its differences with foreign technology levels.

After years of development, China's R&D of environmental test cases has matured, but there is still a certain gap compared with foreign countries. First of all, there are many kinds of instruments in our country, but smart instruments started late. The large number of bases makes our instruments digital, intelligent, and integrated.

In addition to the technical gap, the gap in product quality still exists. In terms of quality performance. Imported environmental test chambers have good sealing performance, and the heat transfer performance of the wall is strong. Due to the symmetry of the structural structure, the temperature inside and outside the chamber is even; domestically produced, due to the asymmetric structure and poor sealing performance, work is caused. Room temperature is not uniform.

The types and specifications of domestic test chambers are incomplete and the level of automation is low. When foreign instruments have been monitored by computers throughout the process, manual operations are still needed in the country. At the same time, most of the domestic test boxes are concentrated in the low-middle and high-end fields. There are few high-end test boxes or even blanks. In contrast, domestic high-end equipment with Zeeman scene correction skills has not yet been developed in China, and high-end demand depends on imports.

From another perspective, disadvantages can also be transformed into advantages. Because of the different construction costs, their prices are also different. The quality of environmental test chambers in foreign countries is relatively dominant, and they can be expensive. Domestically produced equipment, however, continues to rise due to its quality and cheap advantages.

The environmental test chamber plays an important role in industrial development. Its performance and quality are related to industrial safety. Whether it is made domestically or imported, it must be unwaveringly convinced, full of enthusiasm, advanced and excellent technology, and professionally enriched. Products create and welcome a more successful and beautiful future!