In the automotive market there is a saying that when a new car opens the door to the 4S shop, it will directly devalue 20,000! Therefore, for more and more newcomers, buying a used car has gradually become the main choice. Not only cheap, but also a small touch does not feel bad. Then the question arises. How should a used car be selected? Is it a joint venture car or a cheaper domestic car of the same class?

With the development of China's automobile industry, the quality of domestically-produced vehicles continues to increase, gradually narrowing the gap with joint-venture vehicles, and the same level of vehicles will be far behind in the deployment of joint venture vehicles. This is obvious to everyone. This has also caused many critics of used cars to instill in consumers - now domestic cars are not as bad as you think, joint venture cars may not be so good.

This indoctrination is extremely irresponsible to consumers. At present, the level of domestically-produced cars is indeed improving. However, for the used-car market, domestically produced cars are used cars that are used cars 13 years ago. Judging the quality of the previous product by the current level of automobile production, it lacks convincing power.

What is the level of domestic auto manufacturing before 2013? For example, some time ago when chatting with an experienced car mechanic, he talked to a car produced by R. R. When there was a general failure of the ABS, the master said: â€œThere are nine cars in the Râ€™s 10 cars. The problem of ABS exists. It was repaired for several days and it was bad. At the beginning, I still suspected that there was a problem with my car repair technology. Later, more and more problems were solved, and it was understood that it was a matter of car design time."

What is ABS? Anti-lock braking system! In such a low heaven of car safety standards, it is the lowest standard of car safety! How disgusting this issue can be imagined. There is no doubt that Xiao Bian is not building up here, go to the forum or the owner group to stroll, how many cars there are ABS problems, go back in circles and you have counted.

Of course, this is just an example. It does not mean that all domestic cars are problematic. At present, the vehicle produced by Qi R does not exist. I cannot answer this question because of lack of time inspection. Grandpa Xiaoping said: "Practice is the sole criterion for testing truth." For a car, time is the criterion for checking the quality of a car.

As I said here, I have to mention one of the most overlooked issues - quality. What is quality, is the use of materials, is assembled, is the interior materials? The most basic quality refers to the conditioning of a car. In the development stage of domestic cars, the production of a model basically depends on the way of assembling, the construction site of a big brand, the transmission of a big brand, and making a car together. It looks very good. There are no problems with the opening of the year, but the dissonances between the existing mechanical parts will slowly emerge. This is why many people will say that domestic cars have many problems and all kinds of abnormal sounds. With the enhancement of independent R&D capabilities and increased investment in the production design phase, this issue is gradually being resolved. However, for domestic used cars, this is an issue that consumers must pay attention to when purchasing.

Said so many shortcomings of domestic cars, for the joint-venture brand is not used car can be assured to buy it? Naturally not! However, for domestic used cars (14 years ago) and the joint-venture used cars, I recommend the joint venture models. If you're learning about car repair, then I didn't say it.

Joint-use used cars are said to be subdivided according to different types. Judging from the current market and time tests, the best stability is when it is a Japanese model, with few minor defects and excellent performance in terms of fuel economy. In terms of US cars, the most important thing to pay attention to is fuel consumption. With the increase in the age of vehicles, the fuel consumption of American cars will increase little by little. The overall performance of the used cars of the European system was stable, but the depreciation rate was slow and the cost of purchase was high.

Finally, to remind everyone, no matter what kind of second-hand car you choose, the most critical issue, personally drive it! Do not understand? It does not matter, you can find the old driver!

FURD road cutters are designed for strength, durability and performance. Whether cutting concrete or asphalt, the reinforced steel box frame design adds strength necessary to reduce vibrations while sawing. Minimizing vibrations enhance the performance of the blade and extend the life of the saw. 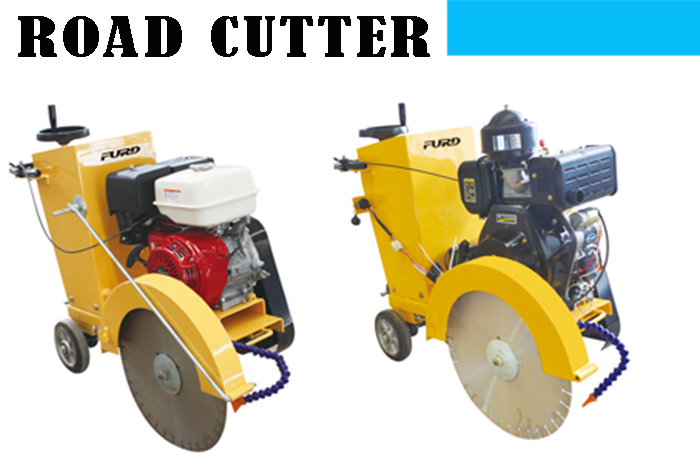